A visit to: The Foyer Federation 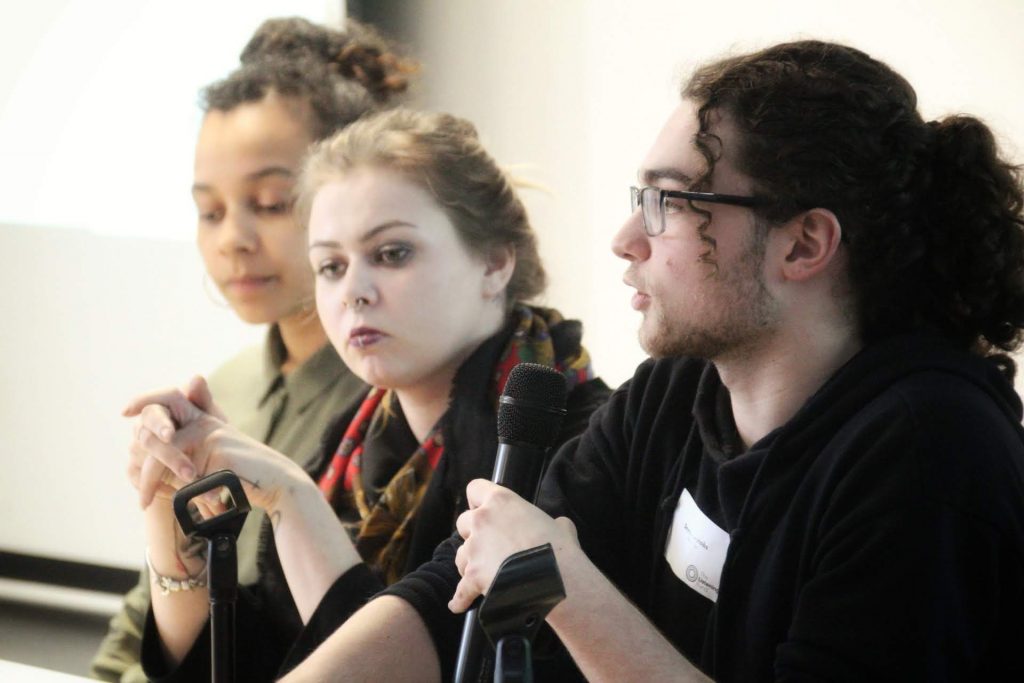 The Foyer Federation is a membership organisation for over 70 Foyers throughout the UK. Each Foyer offers homeless young people accommodation, personal development and employability support, providing tailored services for 16-25 year olds and asking in return that residents engage in their own development and make a positive contribution to the local community.

The Federation supports the network of Foyers. It offers training, events and partnerships, as well as helping each Foyer to deliver an Advantaged Thinking approach to working with residents: focusing on young people’s strengths, talents and abilities as the building blocks for their future.

Good listening is essential to Advantaged Thinking and the Foyer Federation sought a grant from The Listening Fund to support the further development of their listening practice. In particular, the Federation wanted to establish an Advisery group of young people drawn from across its membership. These young people would be supported to listen to their peers and then, as representatives of all those who rely on Foyers, have a forum through which they could influence the national body. We recently met with Kate Russell to discuss how the Federation’s work has developed over the last two years and she shared some of the their key learnings:

Assumptions in relation to what young people know about the Federation and its work were often wrong. For example, many of the young people who came to the youth Advisery group’s annual residential sessions had not knowingly interacted with the national body before and some didn’t even know what the Federation was or did. As a result, staff had to do more to increase the group’s understanding of how the organisation worked before they could meaningfully seek their opinion on change.

The success of the group relied on ensuring that those who participated felt heard early on in the process. The Federation remains ambitious about listening and is keen that young people have the opportunity to shape its work and that of its members. However, many of the group’s initial requests were not related to how these organisations operated, but instead focused on changes to rules and procedures which would improve the young people’s quality of life. For example, they asked the Federation to investigate the potential for short-term room swaps between different Foyers so that they could take affordable holidays in different parts of the country.

For the Federation, this was a perfect example of how young people are more excited to talk about and focus on opportunities rather than deficits (e.g. they would rather think about the new experiences that visiting a new place might bring, rather than about the difficulties they are having day-to-day with mental health, finances, employment etc.) and want to frame their lives in this way – an important lesson for people who work with them to proactively build on strengths rather than only provide coping support for weaknesses.

Respecting young people’s time and expertise needed to go further than carefully chosen language and good intentions. Having established a good relationship with the youth Advisery group, the Federation began to learn about not just what young people wanted to see changed at Foyers, but also how they wanted to be heard. Too often, young people said, the methods, tools and timing of listening were designed to suit adults. The Federation and individual Foyers are now investigating how they can establish better, more equitable methods of communication. To date, this has involved creating channels through which feedback can be shared (e.g. a dedicated web page on each Foyer’s website) as well as creating space where Foyers can publicly respond to the feedback they’ve received. The Federation is also trialling making small grants available to young people who want to lead change, giving them some resource to realise their goals.

Over the two years of working with The Listening Fund, the Foyer Federation has faced some significant external challenges, substantial changes to the Senior Management Team and turnover amongst staff responsible for leading their listening work. Unsurprisingly then, progress has not been linear, but the Federation remains excited about what has already changed and what lies ahead. In the report to Foyers from the second residential session of the Advisery group, the first recommendation remained clear: “Put young people at the forefront of shaping your service.”