A visit to: The Change Foundation 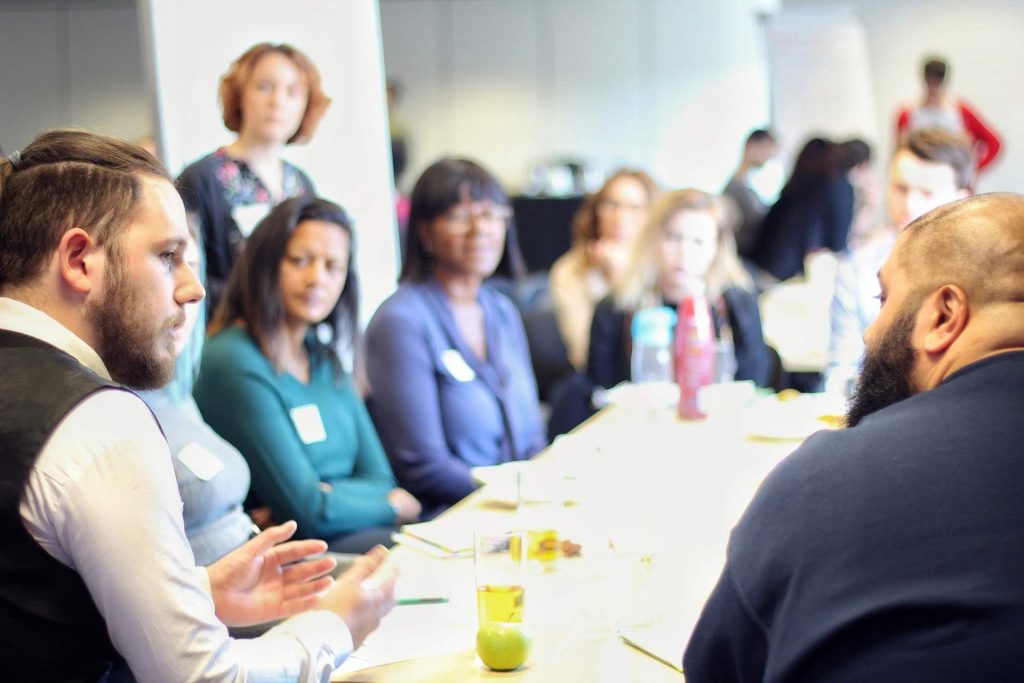 Based on the South West fringes of London, The Change Foundation uses the power of sport to change the lives of marginalised young people in communities across the UK. Their programmes are open to young people who face a variety of challenges, from gang violence to a lack of education and employment opportunities, refining the skills which are required to succeed in sport and then helping participants apply these skills to other areas of their lives.

Many of the Foundation’s staff and volunteers are graduates of their programmes, but their application to The Listening Fund was focused on deepening the involvement of those who currently engage with the Foundation’s programmes. In particular, the Foundation wanted to explore the potential of Reverse Mentoring as a mechanism for improving their listening and changing the power dynamics between the organisation and those they serve.

We visited the Change Foundation’s headquarters in Wallington at the end of 2019, and Navjeet Sira shared some of the lessons from their listening journey:

Even for an organisation committed to listening, both historically and at the time of applying to the Fund, making significant changes to how you listen takes much longer than anticipated. Some of the factors which delayed change at the Foundation were unpredictable and unavoidable, such as key members of staff leaving the organisation at short notice, but even had these factors not been at play, Navjeet thinks the Foundation would have required more time than they initially allowed. Few of the young people truly believed that their experience and expertise was of value to the adult leaders and so more work and time was required to increase young people’s skills and confidence until they felt ready to mentor the Senior Management Team (SMT). Once this additional preparatory work had begun, turnover amongst the cohort of young people meant that it was several months later than the Foundation planned before a mentor was available to all of the SMT.

How to work with adults who don’t ‘buy-in’. Whilst the majority of the Foundation’s management and Trustees were excited by the concept of Reverse Mentoring, and its potential impact on an individual and organisational level, there were some who were less enthusiastic and who doubted the value of the approach. This raised two problems. The first was a practical one, as meetings were often postponed and rearranged by adults who prioritised different elements of their busy jobs, further delaying the mentoring programme. The second problem was more complicated, forcing Navjeet and her colleagues to consider the power dynamics and ethics involved in matching a young mentor with someone who was a reluctant participant. For now, the Foundation has decided to focus on developing and refining the programme with those who are eager to explore Reverse Mentoring, whilst working with other colleagues to better understand their concerns.

It is not a framework which secures success, but an ethos. The Foundation’s Reverse Mentoring programme has attracted a lot of attention, with many other organisations in the sector keen to understand what impact it has had and what might be involved in establishing their own scheme. Whilst Navjeet and the team at the Change Foundation are happy to share their ideas and experience, they are keen to emphasise that the success of their Listening Fund work hasn’t been driven by a particular framework, but by the willingness to challenge and change the culture of listening at the Foundation.

According to Navjeet, support from the Listening Fund has given the team time to find out what is the right listening culture for the Foundation and, confident that they now have a better understanding of this, they are embarking on a comprehensive programme of change to become more youth-led. This programme is called Champions for Change. It will involve Reverse Mentoring, peer-to-peer listening, young ambassadors and working with Foundation graduates as coaches.

The Change Foundation knows that it will take time for the new programme to take root, and that there will be obstacles on the way. But they’re increasingly confident that they now have the culture and commitment required to support young people in taking the lead.